random thoughts. advice to self. dreamer of happy endings.

Written by Mary Grace C. Manzano and from Overblog

Yours is not a different story.

it is another "you left her with so many unanswered questions" and "you will never choose her" plot.

ICYF,  it was you who said that she was your happy pill - an answer you replied to a question if and why you were happy on that one lazy afternoon at the pantry.

You said she makes you the happiest when there were days that you don't feel like being the usual person around everybody else. You kept on telling her that she is the sweetest person to you and she  is the most beautiful soul you've ever met in your years of existence. You said she is your Mona Lisa.  You told her that a part of your heart is already hers.

She can write chapters of a book with your chat conversations using those empty words and sugar-coated lies from your fancy world.

Apparently,  you can nevet get back on those days.  They were all untold stories that only you and she can remember - or maybe it will be just her.

She cannot chase someone who is not willing to stay. So,  she cannot throw herself in front of you just to be with her. The moment you made her feel worthless, she began to walk away.

She wants to thank you for  the smiles you brought back to her everydays and she forgives you for breaking her heart again at the same time. She respects the decision you made when you stopped talking to her.  She would like to believe that it was a difficult choice since you broke not only her heart but also your promise that you will never be like those boys in her past. She looks at you as a prayer that was never granted for she believes that someone far better than you will be sent to her.

She can move on from the pain you caused her and she will be truly happy again someday. You chose to close a chapter in your lives so both of you can go through the next pages and look forward to an optimistic epilogue.

People say you lose yoirself when you focus your attention on someone but no one said that for feelings to be memorialized,  you must give it a chance to live even if they will hurt you in the process. If they thrive, they're meant to happen,  and if not,  they teach you a lesson.

She still meant until today when she said that she never regret what makes her the happiest and it was you. She already let go of your memory while she is still healing but she is no longer marked by you. NO OTHER VERSION OF US 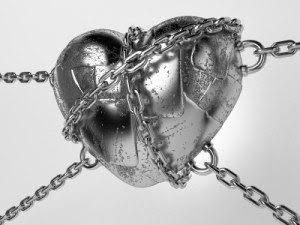 HER HEART IS UNBREAKABLE THIS IS NOT A LOVE STORY random thoughts. advice to self. dreamer of happy endings. Just your ordinary girl...
See the profile of Mary Grace C. Manzano on the Overblog portal